Asher Arnon is a professor of creative arts at the Bezalel Art and Design Academy in Jerusalem, Israel. He has degrees in graphic design (B.Des) from Bezalel Academy, an MA degree in architecture and urban culture from the Universitat Politecnica de Catalunya in Barcelona, Spain and a PhD degree in audiovisual installation art from the Music Technology and Innovation – Institute for Sonic Creativity (MTI2) at De Montfort University in Leicester, UK. He also studied in the jazz department of the Rimon School of Jazz & Contemporary Music in Israel.

Based on his interdisciplinary background, Asher’s creative work spans a wide range of commercial and artistic projects in diverse formats comprising printed and digital media, urban design and installations. In recent years, his practical and theoretical research focuses on synergetic interrelations between image and music and the notion of ‘place’, emphasising the experience-interpretation continuum manifested by orientation through spatial-visual-sonic artefacts.

Ory Bartal is the head of the Department of Visual and Material Culture in Bezalel – Academy of Arts and Design, Jerusalem. Bartal is a Japanologist focusing on contemporary Japanese design including industrial and fashion design as well as manga and visual communication. Bartal completed his M.B.A. in the Department of International Business Administration at the Aoyama Gakuin University in Tokyo in a joint project with the Carnegie Mellon University in the U.S.A. He then studied advanced studies toward M. Des. in the Industrial Design department at Bezalel Academy of Arts and Design. He completed his Ph.D. at the School of Cultural Studies at the University of Tel Aviv, specializing in contemporary visual culture. His book “Postmodern Advertising in Japan: Seduction, Persuasion and the Tokyo Art Directors Club” was published in 2015. The book deals with Japanese advertising, the connection between aesthetics and contemporary consumer culture and the blur boundaries between branding and art. His second book “Critical Design in Japan: Material Culture, Luxury and the Avant-Garde” published in 2020. This book presents the post-war designers that made decisions and created artifacts that radically altered and reshaped the course of Japanese design history. The book shows how their avant-garde design involves an encounter between postmodern aesthetics, critical theory, and new economic rules operating as a critical sociopolitical agent.

A visual artist, film director and producer, a distinguished lecturer in the M.Des program. She also teaches in Bezalel’s preparatory program for the Arab society.

Cohen has a B.A. in sociology and anthropology from Tel Aviv University, and an M.A. in communication with distinction from the New York Institute of Technology. Mother to two daughters, she lives and works in Tel-Aviv Jaffa.

Her films have been selected by film festivals all over the world, broadcast by television channels in Israel and abroad, and purchased by many museums and universities. Her award-winning film, My Terrorist, the first of a trilogy which deconstructs myths, was translated into twenty languages and broadcast in more than twenty countries. The trilogy was supported by Israeli film funds and broadcasters, Soros Open Society Foundation, the Danish Film Institute, BBC4, TV2 Denmark, VRT Belgium, YLE Finland, TvOntario and Arte/ZDF.

The Art of Film Prize was given to Yulie by the Jerusalem Film Festival in 2005.

Concluding a visual autobiographical investigation, Cohen realized the link between focusing on one’s personal story and finding one’s authentic artistic voice. On this foundation, she developed the methodology for her popular course in Bezalel, and a workshop, Documentathon, which she taught through Erasmus+ at the Design Faculty of Bielefeld University of Applied Sciences, Germany. Head of the Visual Communication Department at Bezalel, Academy of Art and Design, Jerusalem.

Erez is the designer and art director of numerous television projects. Nowadays he designs the second season of the ‘Hebrews’ documentary series that portrays prominent hebrew poets and scholars, and creates research-driven personal motion design and design-art works.

Erez designs international animation television shows for children. His first show as partner and production designer, ‘Zack & Quack’, is broadcasted on Nickelodeon’s Nick Jr and other channels, in over 180 countries worldwide.

After graduating from Bezalel in 1997, Erez founded ‘Primus Design Group’, a broadcast design agency, where he branded and designed numerous television channels and programs for the larger part of Israeli television broadcasters, as well as cable and satellite networks, designed interactive television games, and designed the user interface of the world’s first instant-messaging app, ICQ.

Naomi teaches at the Departments of Visual and Material Culture (including the B.A. program), as well as the Master in Policy and Theory of the Arts and the M.Des. Program in Visual Communication. 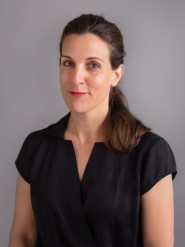 Romi Mikulinsky is the head of the Master of Design (MDes) program in Industrial Design and a senior lecturer at the Bezalel Academy of Arts and Design in Jerusalem. Her dissertation at the University of Toronto's English dept. was dedicated to photography, memory, and trauma in literature and film.

Dr. Mikulinsky researches and lectures about digital and counter-culture, algorithmic art, as well as design-led innovation. She has worked with various start-up companies and media websites, corporations and municipalities on the implementation of technological innovation across the organization. She served as the Director of The Shpilman Institute for Photography and worked with various art museums in Israel.

Merav Salomon is an international Illustrator and a Book Artist who published over 15 books. She is the founder of Salomon & Daughters books, an independent publishing house dedicated to publishing visual books for adults.

Salomon is a Professor at the VC Graduate program and at the department of Visual Communication. She is one of the founding members of the Art & Design Teaching Centre. She served as the Head of the Illustration studies from 2007- 20018.

Salomon’s artwork have been exhibited in galleries, museums and academies all around the world, such as the Troisdorf Picture-book Museum in Germany, Summerset House in London, The Jewish Museum in Bologna, the Tel-aviv Museum, and more. Her Artist book “The archive of the Hand of Chance” is part of the Israeli Museum permanent collection.

Beside her artistic work Salomon works as an international professional illustrator doing commissioned work ever since she graduated from the Graphic Design department at Bezlal in 1993.